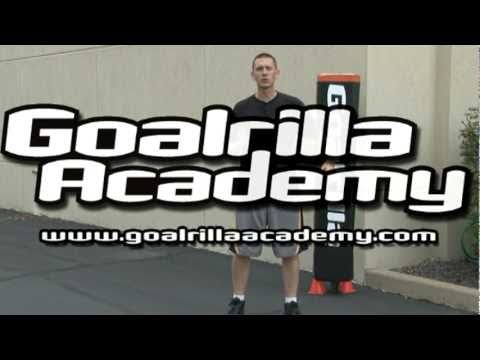 Not every home practice drill for basketball has to take place on your backyard court. For some, you don’t need the premium, in-ground Goalrilla Basketball Goal. But here in the basketball-crazy state of Indiana from where the Basketball Goal Store operates, we know that after the drills are done, it’s just fun to get a pick-up game together or just throw some free throws. There’s nothing as soothing as listening to the twap-twap, twap of a basketball dribbling or the swish of all net.

But back to on-court performance and becoming a great player: Driving to get into position on the basketball court takes skill and endurance. It doesn’t just happen – players combine several skills to be the player “who is always just in the right spot at the right time.”

A good drill to improve fundamental defensive moves is the Wall, Ball and Slide Defensive Drill.

All you need is a wall, a ball and a couple of cones – or markers – or younger siblings that you can keep in one place for a few minutes …

The wall should be a solid concrete or brick wall and the player should set the cones about at least 15 – 20 feet apart about 5 – 8 feet away from the wall. The player will use a defensive slide to move between the cones while bouncing the ball against the wall.

This isn’t for cowboys, so be conscious of galloping. The head should remain in a level plane for the entire duration of the drill. Movement should look smooth, but actually the footwork is small, choppy steps.

Working on skills like this over and over again in game-like intensity will translate onto performance in games – but it takes time – and yes, the p-word: practice.