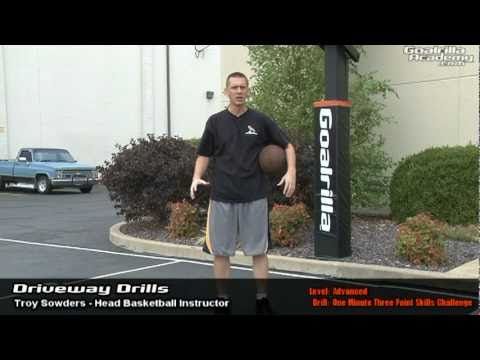 School is getting back into session and after sitting and thinking hard all day long, it’s time for the kids to get out and move!

Drills are a great way to focus attention on one skill and routine that allows the player to really concentrate – it’s sort of like an athletic meditation – getting in the “zone.”

The One-Minute Shooting Challenges are great for that – focusing on a repetitive movement and concentrating on making the baskets. Playing with game-like intensity clears the mind and relaxes the brain. (Which means they’re ready to purposefully study later …)

Keeping the pace at a game-like intensity level will go a long way to execution under the pressure of a game and to increase endurance as well.

Improving basketball skills, concentration skills and releasing the pent-up energy all in one step is a great thing on the basketball court and at home!