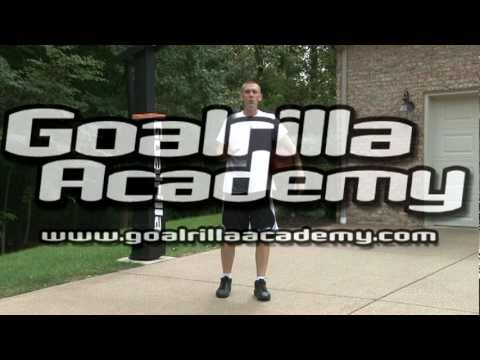 In the heat of a basketball game, low post moves can account for baskets and scores that mean the difference between winning – and losing. Being ready if an opportunity arises takes a good “basketball sense” but also by having prepared for the eventuality that you know will come.

The Low Post Moves Drill is a great way to prepare and to learn new moves on your Goalrilla Goal Basketball home court.

If you have someone who can toss the ball to you, that’s great. If not, a wall can serve that purpose so this is one drill you can execute on your own. It is perfect for the driveway basketball court especially for brick houses because you can bounce the ball off the house.

Rotating from one side to another for 2 minutes, the player works both the dominant and non-dominant sides developing greater strength and agility in both.

Consistent and smooth movement is the goal and hallmark for good low post moves. Integrate moves you want to strengthen and new ones you want to learn. Good position is a must staying on the balls of the feet and keeping arms blocking and signaling to the passer.

Some possible moves to incorporate into the practice include:

Keeping the center of gravity low and maintaining a good, stable position during the drill makes it second nature in game play. Once again, practice is the key to great playing!